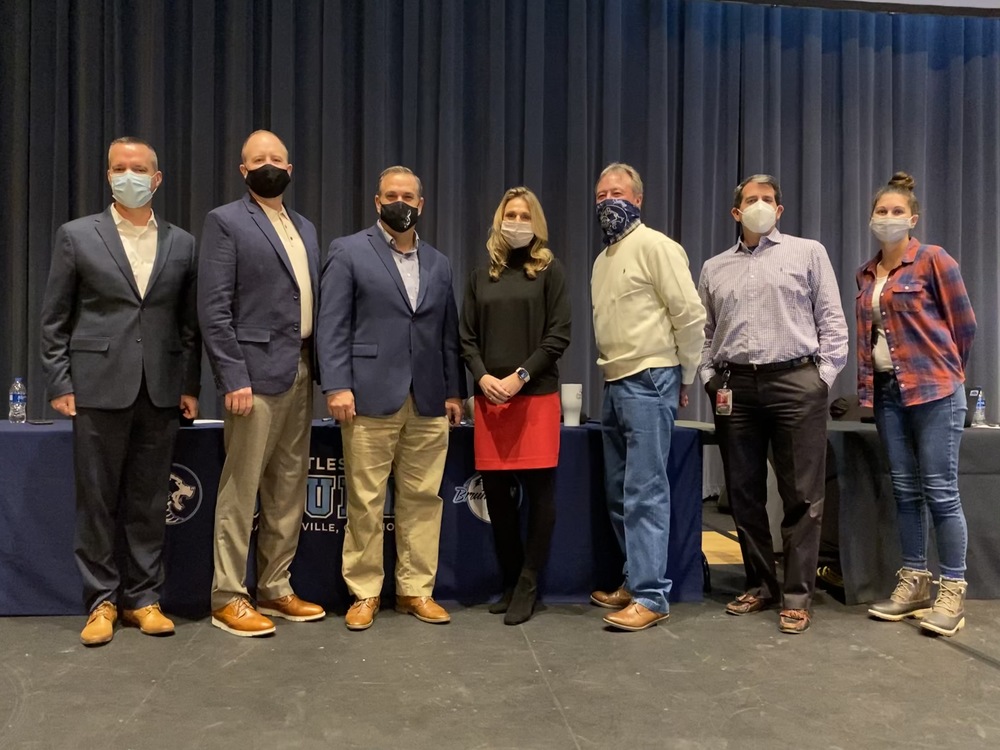 District 5 Vacancy on the Bartlesville Board of Education

On December 14, 2020, the Bartlesville Board of Education accepted the resignation of Tyler Vaclaw from his seat representing District 5, which covers parts of the Hoover Elementary and Ranch Heights Elementary areas. The Board appreciates his service on the board from 2008 to 2011, including his work as Clerk of the Board in 2010 and 2011, and his return to service in 2015.

In December 2020, Mr. Vaclaw announced his intention to resign since his family would be moving out of Board District 5 while still remaining in Bartlesville. At the meeting, he shared his appreciation to the other board members, administrators, teachers, and community for the opportunity to serve on a board with a successful working relationship where all opinions are heard. Superintendent McCauley thanked Mr. Vaclaw for his “servant’s heart” and for his contributions to the district and to Bartlesville.

Pursuant to Board policy BBA, the vacancy shall be filled by appointment as follows: