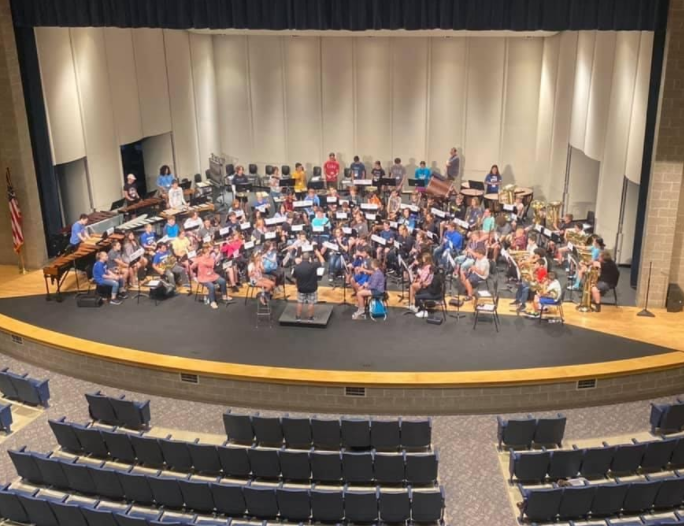 The Bartlesville Public Schools Band Department recently hosted a day camp for over 80 band students in grades sixth through twelfth from across the district. Students took over the Bartlesville High School Fine Arts Center classrooms and auditorium for the week to learn more about their instruments, music, and to make new friends. At the end of the camp, the students performed a concert as one large concert band, performing an arrangement of Augie’s Great Municipal Band from the Star Wars movies, Prehistoric Suite in which each of the four movements depict a different dinosaur, and The Tempest, an exciting closer to the concert that depicts a violent storm. The older students were also featured in a performance of well-known band composer and retired Owasso band director, David Gorham’s Fortune Teller’s Daughter. 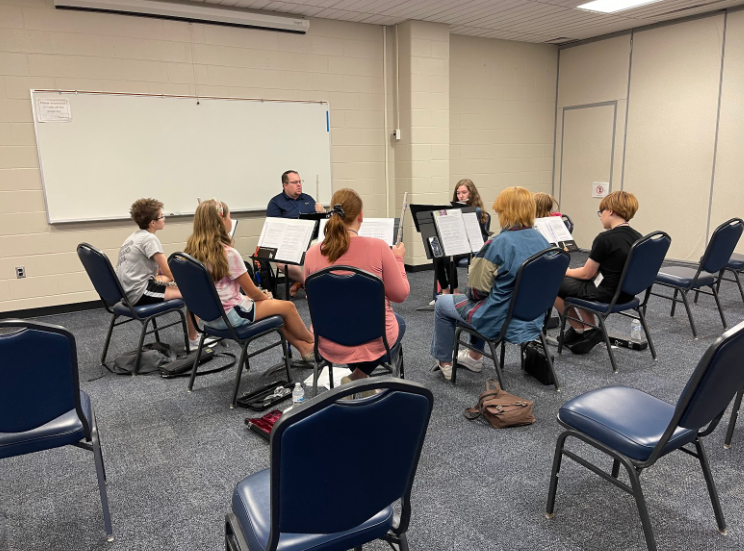 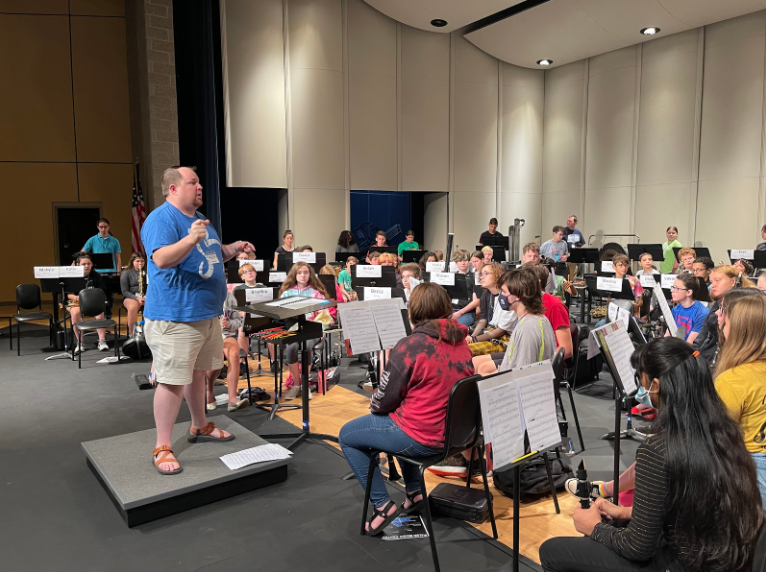 Thanks to a very generous donation from the Musical Research Society, an organization that has been helping local music students for over 100 years, students were able to experience enrichment activities such as master teachers on each instrument, professional concerts, and a variety of elective classes. Each student had the opportunity to participate in 2 elective classes over the course of the week that included minor instrument maintenance and repair, practice techniques, leadership, intro to marching, foundations of music, and intro to percussion ensembles and percussion techniques. Professional concerts the students attended included the Starlight Concert Band, a professional concert band that has been playing concerts in the Tulsa area for 75 years and Pantini, a duo that features John Ford on guitar and our very own Steve Craft on steel pans. At the end of the Pantini concert, other members of the band staff joined John and Steve onstage to perform a rousing rendition of the dixieland tune, Five Foot Two, Eyes of Blue. The students were pleasantly surprised to see many of their teachers making music onstage as well.

BPS Director of Child Nutrition Jon Beckloff, Director of Transportation Orville Burks, and their teams worked together to add a route to the high school each day to provide breakfast and lunch to each of the participants. Thanks to current federal programs available due to the Covid-19 pandemic, all meals were provided free of charge.

After the concert on Thursday, students were treated to a party that included two 15 foot inflatable water slides, yard games and plenty of snacks and drinks. Many students commented this had been their favorite week of the summer so far and many parents commented that their student had learned a lot and had so much fun. The older band students who volunteered their time throughout the week and helped mentor the younger students grew in their leadership skills and proved to be an invaluable resource. 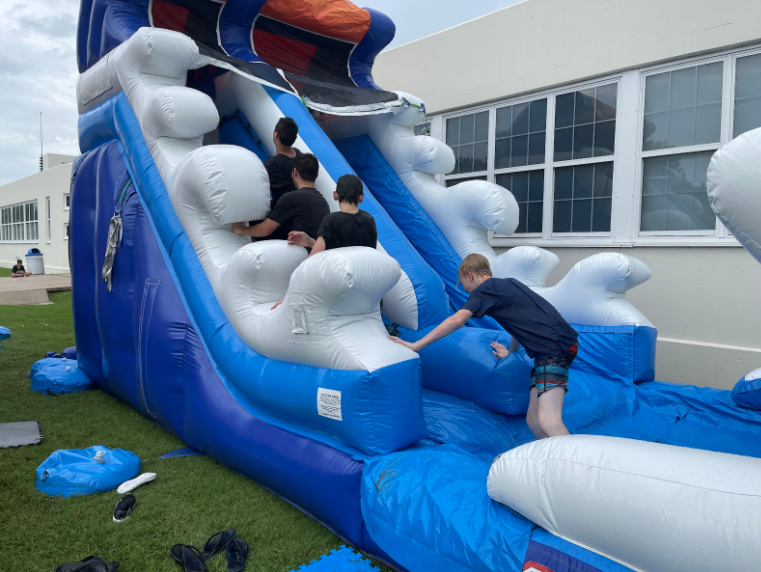 Thanks to all of the folks already mentioned, Fine Arts Facility Manager Seth Weimer, a few parent volunteers, and James Billingsley and his staff at the high school, everyone involved had a great experience. 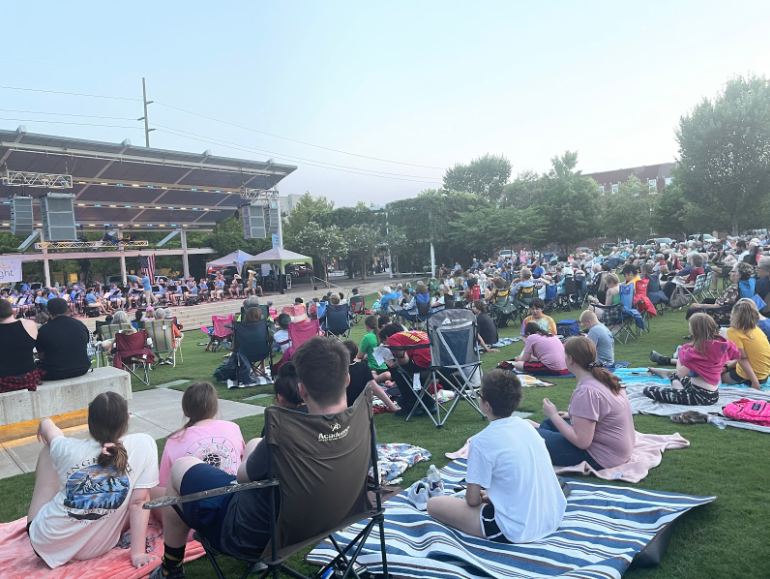