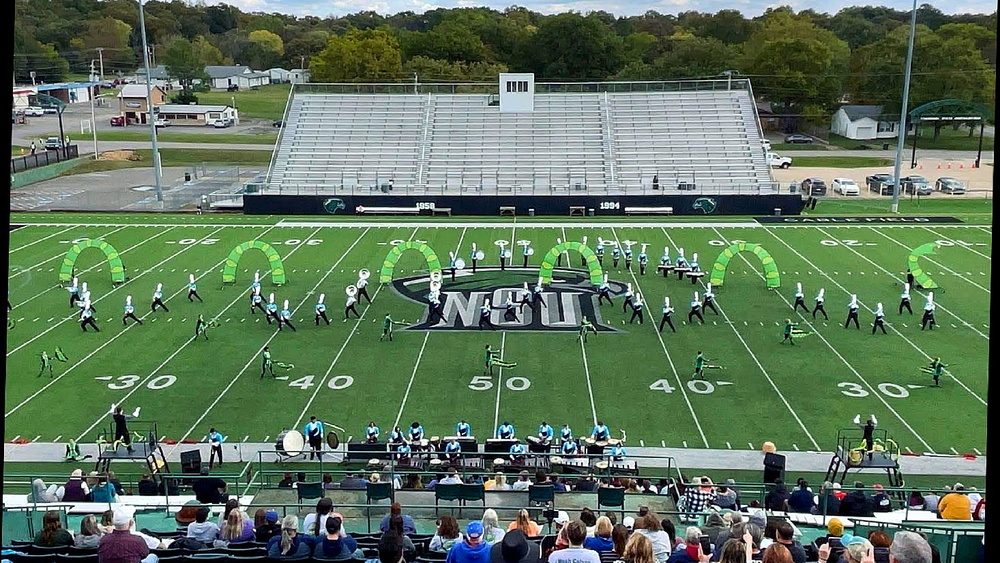 The Bartlesville Bruin Brigade recently ended their marching band season on a high note by earning Superior Ratings from all three of their judges at the OSSAA 6A East Marching Band Regionals held at NSU in Tahlequah.

The Bruin Brigade put together a fun and challenging program titled "Serpentine", which featured the symphonic music of Rimsky-Korsakov, Tchaikovsky, and Saint-Saens. They began learning the music to their 7 1/2 minute production back in the summer and started learning choreography and drill during their summer marching camp, two weeks before school began.

"I am so incredibly proud of the hard work our students put in to learn this fun and challenging show,” said BHS Band Director Alex Claussen. “The whole process was really rewarding to see our students make this their own and strive for excellence each day."

Several of the high school band students also traveled to Broken Arrow and earned a spot on the NBDA All-District Honor Band Roster and qualified for the 2nd round of All-State auditions. These students prepared at least two pieces of music for their instrument, were required to play scales, and to sight-read music they had never seen before in order to earn their positions. Bruin Brigade students competed against students from several schools throughout northeastern Oklahoma and represented Bartlesville HS very well.

Links to the final two competition performances of Serpentine are below: