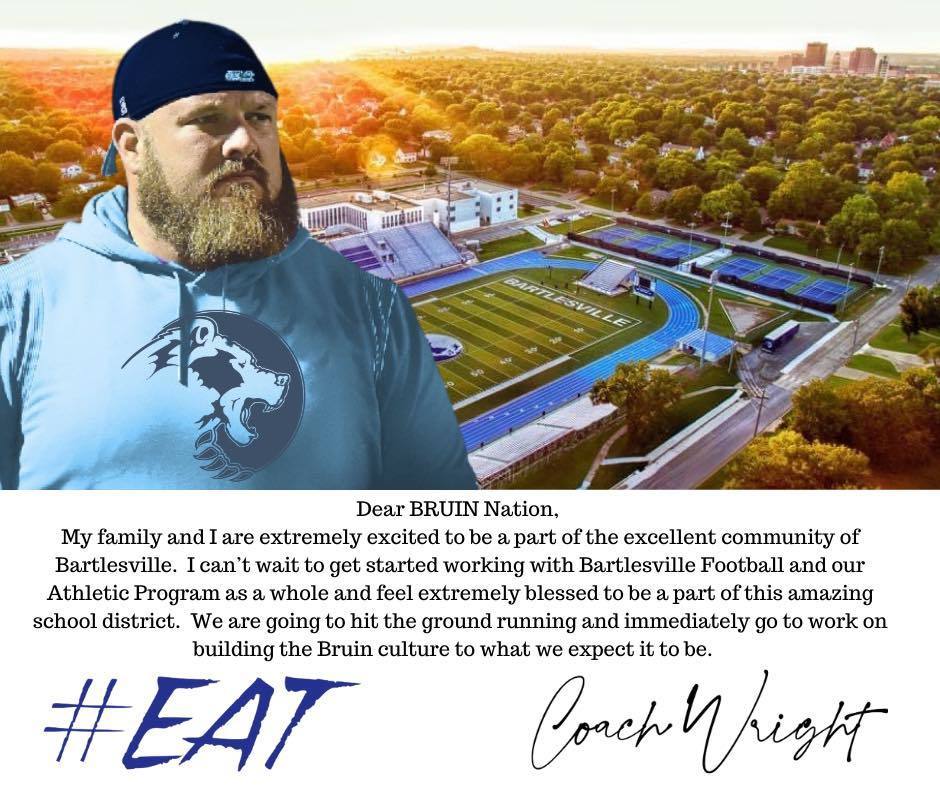 At its regular meeting last night, the Bartlesville Public School District Board of Education approved the recommendation to hire Harry Wright as Bartlesville High School’s new Bruin Head Varsity Football Coach. A hiring committee of ten, which included staff, coaches, and parents, selected Wright from a pool of over 50 applicants.

Wright received his bachelor’s degree from Bacone College in Muskogee, where he was a two-time NAIA All-American and offensive lineman. He and his wife, Lauren, have a nine-year-old son named Evan.

Wright has served as the head football coach and athletic director for the last three seasons at Lonoke Public Schools in Lonoke, Arkansas, where he led the team to earn 21 wins, the 2019 4A-2 Conference Championship, and 2020 4A-2 Conference Runner-Up. He has a career coaching record of 96-39 and 14 seasons of coaching experience.