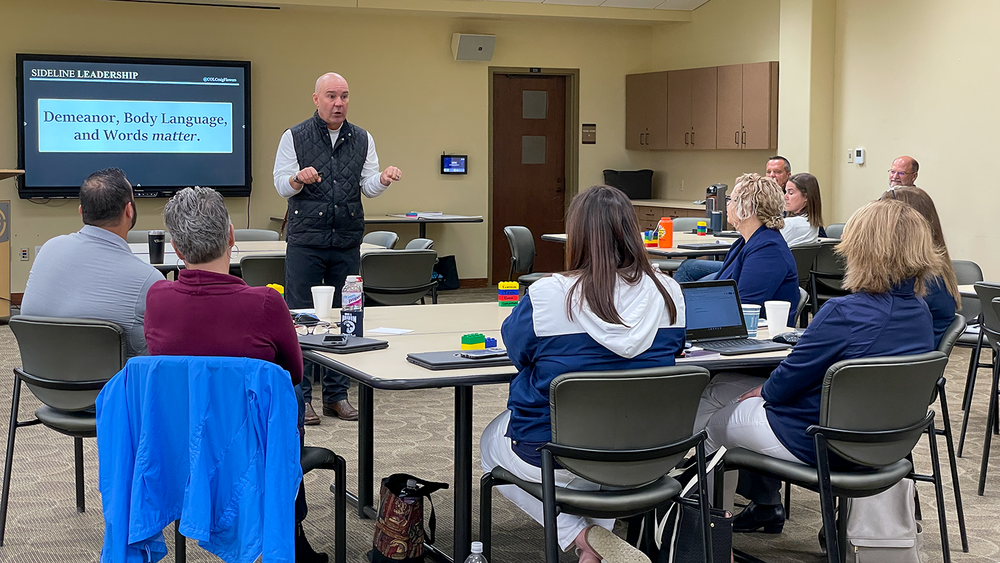 The Bartlesville Public School District held its annual end of the school year Leadership Retreat on the campus of Oklahoma Wesleyan University in the Janice and Charles Drake Library Thursday, May 26. 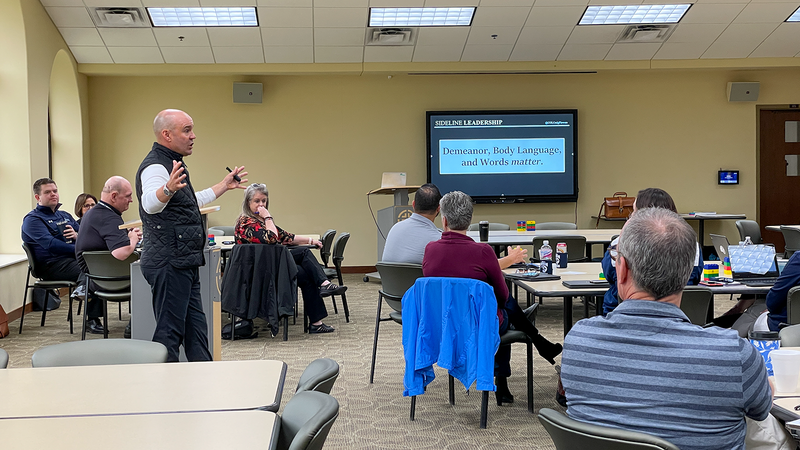 A large portion of the day was spent on Leadership Training with Colonel J. Craig Flowers who holds a degree in Economics from TCU and a M.A. from Kansas University and is fluent in French. He trained, specialized, and operated in the field of human intelligence. His final military assignment was at West Point where he taught the Capstone Leadership course for West Point graduates. He works with NCAA Coaches, CEOs, and corporations on character, culture, and leadership development. The Leadership Team has a follow-up day scheduled with Colonel Flowers in July. 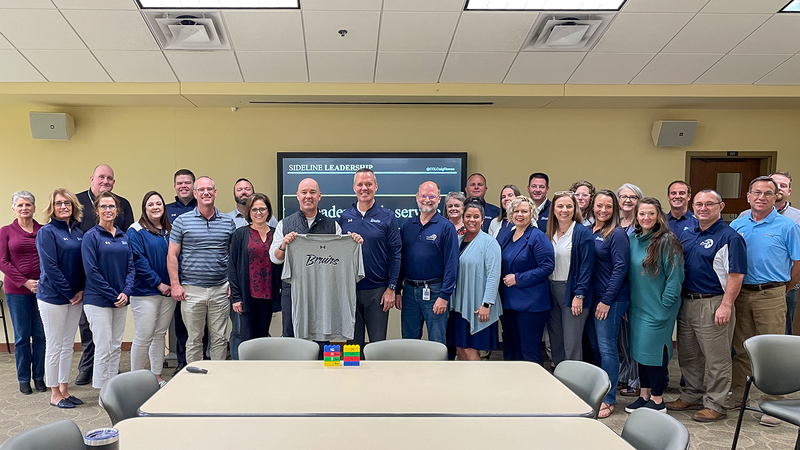